Bosworth in Bloom started in 1985, the quincentenary of the Battle of Bosworth Field which took place nearby. It was decided as one part of the celebrations to put floral displays around the town and to enter the Britain in Bloom Competition. In 1985 we were regional winners, England winners and a competitor in the National Finals. Because of this success it was decided to continue to enter the competition. Thus the Bosworth in Bloom Committee was formed. 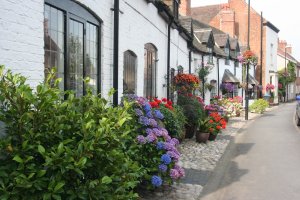 For more than 10 years, Market Bosworth Festival has organised an annual arts programme during the month of June each year. The programme includes lectures, music, live performance, art, flowers, film and much more besides, with something for all ages.

The Festival also organises a programme of films and theatrical productions throughout the year.

A new organising committee has been set up to review the annual Christmas Lights Switch On event. The committee includes local traders and residents assisted by Hinckley & Bosworth Borough Council's Town Centre Manager whose role includes responsibility for Market Bosworth.

Preparations are underway for 2019 with the intention of creating an enjoyable family friendly event. The committee has agreed that the 2019 lights switch on shall take place on Sunday 1 December 2019 at 5.00 pm. Stalls and entertainment will be open to the public throughout the weekend. Further details to follow as they become available. 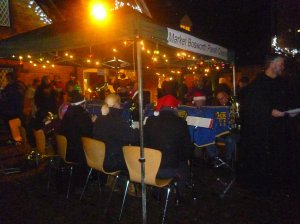